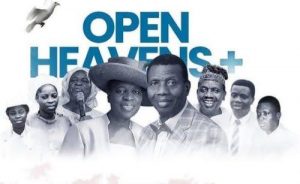 MEMORISE
“And the man waxed great, and went forward, and grew until he became very great;” – (Genesis 26:13)

A form of demonic operation – called Regression, is when the fellow tries to take one step forward, but finds himself going two steps backward. An unseen force just seems to be pushing the fellow back. This is worse than suppression because while suppression means that the fellow is staying on one spot, for regression, he or she is actually going backward.

We read about the woman with the issue of blood in our Bible text today and saw how she tried to get better, but kept getting worse until she encountered Jesus. Maybe you find yourself in a similar situation. Maybe as hard as you try to get out of poverty, you seem to be going deeper into it. Today, the Almighty God will deliver you from the hands of the devil in Jesus’ name.

Many years ago, a very rich man and his wife had a disagreement. While they were exchanging words, she told him that by the time she was through dealing with him, he would be so poor as to have to resort to trekking whenever he had to go anywhere. He laughed at her statement because he had 14 vehicles so he didn’t think there was any possibility of him trekking, but he had no idea that he was married to a witch. Before long, his finances began to dwindle.

He tried and tried but he just kept regressing. He sold all his cars except one. At last, he had 50 kobo with him and he was hungry. He thought, “If I use this money to buy food, I won’t have anything to use for fuel and so would trek as my wife said. On the other hand, if I use it for fuel, I would die of hunger”. At this point, he ran to the Church for help. God delivered him and all that he lost was restored.

Beloved, if you have noticed that you keep going backward instead of forward, then it is likely that there is a demon causing you to regress. Today, I decree your freedom from such demons, in Jesus’ name.

PRAYER POINT:
Father, please destroy everything causing me to regress rather than progress, in Jesus’ name.

RHAPSODY OF REALITIES DAILY DEVOTIONAL FOR OCTOBER 11, 2022 (PRAISE MUST HAVE MEANING)

ANGLICAN DAILY FOUNTAIN DEVOTIONAL FOR JUNE 4, 2022 (ALL TO GOD’S GLORY)

Joseph Prince Daily Devotional For November 20, 2021 (He Paid It All)