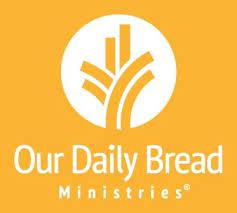 TOPIC; Trusting Our Future to God

No one knows what is coming.

The book of Ecclesiastes is perfectly suited for a postmodern world like ours. Why? Because it looks at life through a rather cynical perspective until the very end of the book when faith in God is once again lifted up. The keys to understanding this book are found in its opening chapters where the author, believed to have been Solomon, used repetitive phrases to lay the foundation of his argument. “Meaningless! Meaningless!”

(1:2) speaks of both the brevity and emptiness of life, and “under the sun” (v. 3) refers to life lived according to the values and priorities of this world system as opposed to the values and priorities of God Himself. The author’s own disgruntled worldview is captured in 2:17, where he wrote, “So I hated life.” The response to such despair? “Remember your Creator” (12:1).

In 2010, Laszlo Hanyecz made the first purchase with bitcoin (a digital currency then worth a fraction of a penny each), paying 10,000 bitcoins for two pizzas ($25). In 2021, at its highest value during the year, those bitcoins would have been worth well more than $500 million.

Back before the value skyrocketed, he kept paying for pizzas with coins, spending 100,000 bitcoins total. If he’d kept those bitcoins, their value would’ve made him a billionaire sixty-eight times over and placed him on the Forbes’ “richest people in the world” list. If only he’d known what was coming.

Of course, Hanyecz couldn’t possibly have known. None of us could have. Despite our attempts to comprehend and control the future, Ecclesiastes rings true:

“No one knows what is coming” (10:14). Some of us delude ourselves into thinking we know more than we do, or worse, that we possess some special insight about another person’s life or future. But as Ecclesiastes pointedly asks: “who can tell someone else what will happen after them?” (v. 14). No one.

Scripture contrasts a wise and a foolish person, and one of the many distinctions between the two is humility about the future (Proverbs 27:1).

A wise person recognizes that only God truly knows what’s over the horizon as they make decisions. But foolish people presume knowledge that isn’t theirs. May we have wisdom, trusting our future to the only One who actually knows it.

Reflect & Pray
Where do you see temptation to control the future? How can you better trust God with your coming days?
Dear God, help me to simply trust You today.

Tags: 2022 (TRUSTING OUR FUTURE TO GOD)  FREE ON LAPTOPS AND PHONESTAP TO READ OUR DAILY BREAD DAILY DEVOTIONAL FOR NOVEMBER 23
SendShareShareTweet

RCCG OPEN HEAVENS DAILY DEVOTIONAL FOR APRIL 5, 2022 (WHY YOU SHOULD NEVER BACKSLIDE 2)