SEEDS OF DESTINY DAILY DEVOTIONAL FOR SEPTEMBER 7, 2022 (THE ATTITUDE OF ENQUIRY: A PATHWAY TO GREATNESS) 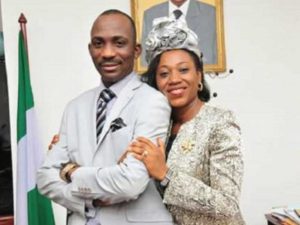 TOPIC: THE ATTITUDE OF ENQUIRY: A PATHWAY TO GREATNESS.

SCRIPTURE: Thus saith the Lord, Stand ye in the ways, and see, and ask for the old paths, where is the good way, and walk therein, and ye shall find rest for your souls. But they said, We will not walk therein. Jeremiah 6:16

THOUGHT FOR THE DAY: Divine Direction is the backbone of spiritual conquerors.

One way to learn the principles of greatness is to observe the lives of great men. David was an enviable great man who walked with God in his time. And one attribute of David was his attitude of always enquiring from God what to do at critical times. David would always enquire from God before making any move.

Do you know the reason why David did not lose any battle? It was because he always asked God questions. Divine Direction is the backbone of spiritual conquerors. You will not miss it another time, in Jesus’ Name.

God’s servant, Papa Oyedepo, said that when they were given the certificate for the opening of the Covenant University, everyone was rejoicing, but he refused to join others in the excitement until he had confirmed that God was behind it. So, he held the certificate in his hands and said, “Oh Lord, are you in this, or we just went to open a university? If you are not in it, I will tear this certificate now!” And God said, “I am the one. Go ahead.”

Remember this: Divine Direction is the backbone of spiritual conquerors

ASSIGNMENTS:
1. Maintain an attitude of enquiry always.
2. Don’t take a step until God gives you an approval to do so.

PRAYER: Thank You Lord for Your Word to me today. I receive the grace to maintain a consistent attitude of enquiry, Lord, in Jesus’ Name.

FOR FURTHER UNDERSTANDING, GET THIS MESSAGE: POSTURE (POSITIONING) FOR DIVINE DIRECTION (PART 1)

QUOTE: It is not possible for you to direct your life if your heart has lost direction from you. Culled from “15 KINGDOM STRATEGIES FOR SURVIVAL” by Dr Paul Enenche.

AMAZING FACT: The number of microbes in a teaspoon of soil is estimated to be roughly equivalent to the number of humans currently living in Africa (one billion)

PROPHETIC WORD/DECLARATION: The grace to enquire from God be released upon you in Jesus Name.

Tags: 2022 (THE ATTITUDE OF ENQUIRY: A PATHWAY TO GREATNESS)  FREE ON LAPTOPS AND PHONESTAP TO READ SEEDS OF DESTINY DAILY DEVOTIONAL FOR SEPTEMBER 7
SendShareShareTweet

JOYCE MEYER DAILY DEVOTIONAL FOR SEPTEMBER 7, 2022 (SUBMIT YOURSELF TO GOD)