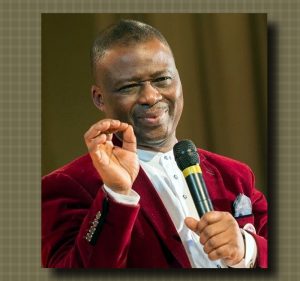 TOPIC: LESSONS FROM THE LIFE OF JONAH

Memory Verse
Ecclesiates 12:13 – “Let us hear the conclusion of the whole matter: Fear God, and keep his commandments: for this is the whole duty of man.”

Motivational Quote
There are no detours around God’s will, and anything short of total obedience to God is disobedience.

Prophetic Word
I decree that the power of total obedience will come upon you as from today, in the name of Jesus.

OUTLINE
The life of Jonah shows that anyone who pitches himself or herself against God cannot succeed in life. It also proves that failure to carry out God’s instructions, however contradictory to reason they may appear to be, always results in great spiritual loss. Jonah was disobedient to God’s instruction. As a result, God became angry with him and troubled him. Though God had sent him to Nineveh, Jonah boarded the ship going to Tarshish.

He decided to travel in the ship of disobedience. God’s anger was kindled against him. Hence, God sent a storm or terrible wind to trouble the ship. The captain and other passengers cast lot and found out that the problem was caused by Jonah. Therefore, they threw him into the sea. After that the storm became still. Jonah was swallowed by a whale and remained in its belly for three days and three nights.

It was when he repented that God commanded the whale to vomit him. Beloved, what happened to Jonah is the fate that will befall anyone living in disobedience to God’s word or command: God’s anger, judgement and punishment. Jonah rejected the will of God and chose to be self-willed and rebellious. God told him to go to Nineveh and preach repentance to a whole nation.

Though the sins of Nineveh were great and grievous, God decided to show them mercy and give them a long rope by sending Jonah to deliver His message to them and get them to change from their evil ways rather than being swift in judging and destroying them. Jonah felt that God ought to destroy them and not give them any opportunity to repent. So, he went to Joppa instead of Nineveh. Also, Jonah concluded within himself that the people of Nineveh had gone so corrupt and sinful that they were not likely to forsake their evil ways.

So he felt that there was no point in going to deliver God’s message of repentance to them. In each instance, Jonah did not show complete trust in the sovereignty and omniscience of God. He did not submit himself to the supremacy of divine counsel. Could he have known better than God to determine who deserves His mercy and love and who does not?

BIBLE IN ONE YEAR
Mark 2

Tags: 2022 (LESSONS FROM THE LIFE OF JONAH) FREE ON LAPTOPS AND PHONESTAP TO READ MFM MOUNTAIN TOP LIFE DAILY DEVOTIONAL FOR OCTOBER 2
SendShareShareTweet

GOODNEWS DAILY DEVOTIONAL FOR NOVEMBER 20, 2021 (THE LADDER OF FAITH)