CHANGE IS A CONSTANT PHENOMENON BY ANNONYMOUS

CHANGE IS A CONSTANT PHENOMENON BY ANNONYMOUS 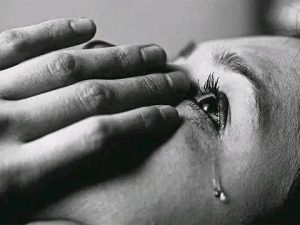 It’s no longer a news that I used to be very tiny and skinny when I was younger( I am still a young girl though), I can’t really say if I liked it, but there were times I felt insecure with my stature.

One of my cousins came to my house one day and was gisting with my sis. He said something so affirmative and it really stuck to my head till date. He said “there is nothing Biola will eat, drink or do that will make her add weight, this is her permanent stature” ( lol, I really wish this was true…lol), I was in secondary school when he said does words and they kept ringing in my head.

After secondary school I didn’t gain admission to higher institution immediately so I was usually at home. Guess what? I became really careless with my eating habits. Once everyone is out of the house, ohh, that was opportunity to start cooking and dinning alone, at least I know I can’t add weight.

Guess what happened next, In less than three months I blew up, mind my words BLEW UP. The tiny me became so big and I began to wonder what really happened? What changed? My diet, my habit and the rest they say is history.

This is me encouraging you today, never allow anyone talk you down. No one has the key to your success, no one knows what lies ahead for you, except your maker. Never allow negative talk from people sink and settle in your heart. You are made for more. The architect of your life has designed you beautifully to His taste. Let no one reduce your value.

Yes, this was a big lesson to me, let no one devalue you. When someone says NO, many YES are waiting up in line.

SLEEPING DURING MY PRAYERS; I THOUGHT I WAS UNDER DEMONIC ATTACK UNTIL BY P DANIEL