THE WISDOM OF THE WORLD BY DR. MYLES MUNROE

THE WISDOM OF THE WORLD BY DR. MYLES MUNROE 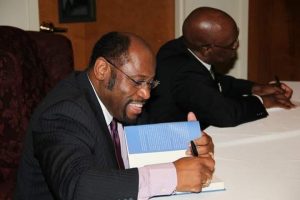 Your heart became proud on account of your beauty, and you corrupted your wisdom because of your splendor. So I threw you to the earth; I made a spectacle of you before kings (Ezekiel 28:17).

Did you know that satan still has wisdom? Ezekiel 28:17 tells us that satan’s wisdom became corrupted. God could not take back
what He had given, so satan is still wise. But his wisdom is corrupt.

Before the fall, lucifer’s responsibility in Heaven was to be the music and worship leader. He was designed with the potential not
only to lead in music and worship, but also to produce it. Lucifer’s body was made with pipes in it so that every time he lifted a wing, a sound came out—music.

He never taught an orchestra because the orchestra arrived when he did. As soon as he started fanning his wings, the angels started singing. This guy was a beautiful angel. He had the potential to lead all Heaven, that other world out there, into worship and music. But that wisdom became corrupted. It was not taken from him, it just got corrupted. God is the Creator, but satan is the perverter. God creates everything; satan creates nothing.

But everything God creates, satan perverts.
That’s why music is such an important part of our world today. The guy who is running the spirit of the world is a cheap musician.
The amounts of money the devil uses to support the music ministry of the world is amazing. Michael Jackson alone made $220 million in one year. Whitney Houston made $84 million—in just one year.

And the Church can’t raise even one million. Although that may sound strange, it is possible because the cheap musician who fell is the one who is backing the music industry. He is manipulating that stuff. He knows just what to do. But God still has the final word, and I like what He has done. God has put music into the Church and into us. He now calls for praise from man. But the point is, satan’s potential is related to his purpose.

God is the Creator, but satan is the perverter.

Tags: TAP TO READ THE WISDOM OF THE WORLD BY DR. MYLES MUNROE FREE ON LAPTOPS AND PHONES
SendShareShareTweet

RIGHTEOUSNESS PAYS IN THE DAY OF TROUBLE BY BISHOP ABIOYE SPEAKS

RCCG Open Heaven for Teens Devotional for March 4, 2022 (Borrow Not!)