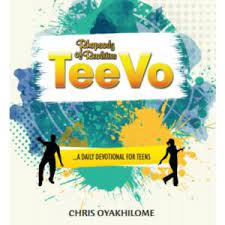 TOPIC: HOLY AND GUILTLESS! (The New Creation Is Justified By Faith)”

“Therefore, having been justified by faith, we have peace with God through our Lord Jesus Christ.”

The Bible lets us know that Jesus wasn’t only delivered on account of our sins, He was also raised for our justification: “Who was delivered for our offences, and was raised again for our justification” (Romans 4:25). What does it mean to be justified? First, you need to understand that there’s a difference between justification and forgiveness. The Apostle Paul, in the opening scripture, wasn’t talking about forgiveness, nor was he talking about remission. He was talking about justification. To be justified means “to be declared not guilty.” It means to be declared righteous. Thus, in the eyes of God, you never sinned because God Himself who should judge you for your wrongdoing is saying, “No, you didn’t do wrong; you’re clean.” That’s what it means to be justified.

The Bible says, “Therefore, if anyone is in Christ, he is a new creation; old things have passed away; behold, all things have become new” (2 Corinthians 5:17). The new creation is a brand new species of being, one that never existed before. For him, old things are passed away and all things have become new. He has a clean slate as it were, for he’s without a past. That’s why God can declare him “not guilty” because there’s nothing to judge since he now has a brand new life!

The Bible says when Jesus died, you died with Him; when He was buried, you were buried with Him; and when God raised Him from the dead, you were raised together with Him in newness of life (Romans 6:3-4)! That means all your sins are gone! You’ve been washed by the blood of the Lamb and presented holy and guiltless before the Father.

Dear Father, I thank you for the new life of glory and righteousness that I now have in Christ; I walk in the light of my justification today, for the precious blood of Jesus Christ that was shed for me on the cross of Calvary has washed me white as snow! Amen.

The Rhapsody of Realities TeeVo is written by Pastor Chris Oyakhilome. This devotional is designed for teenagers to inspire, encourage and strengthen them by providing answer-from the perspective of God’s Word-to questions of critical concern…

STREAM IN DESERT DAILY DEVOTIONAL FOR JUNE 29, 2022 (THERE WE SAW THE GIANTS)

Tags: 2022 (HOLY AND GUILTLESS!)   FREE ON PHONES AND LAPTOPS..... be blessed.TAP TO READ TEEVO DAILY DEVOTIONAL FOR JUNE 13
SendShareShareTweet

STREAM IN DESERT DAILY DEVOTIONAL FOR JUNE 29, 2022 (THERE WE SAW THE GIANTS)

ANGLICAN DAILY FOUNTAIN DEVOTIONAL FOR JUNE 29, 2022 (ON THIS ROCK, I WILL BUILD MY CHURCH)

RHAPSODY OF REALITIES DAILY DEVOTIONAL FOR JUNE 13, 2022 (OPERATE FROM THE SPIRIT REALM)