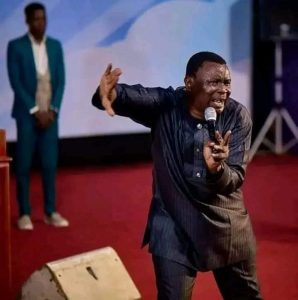 MARRIAGE UNDER SIEGE!
Some Single Mothers who are unable to manage their Marriages have become Marriage Counselors turning the heart of our Youths away from Marriage.
One Woman said: “MARRIAGE IS A SCAM”

We know, you might have gone through Hell in the hand of an irresponsible man,
But don’t come out to say THERE IS NO MORE HOPE IN MARRIAGE.
And There are a lot of Women who could not stay under a Man because of their Arrogant and Stubborn hearts.

And there are some Women who have failed in two or three marriages because they could not know the mind of God for their life.
Yet, there are some Innocent Women who just mistakenly fell into wrong hands of irresponsible and unprofitable Men, who are sons of the Devil.

Many broke their Long time Relationship with some Responsible men because you make them see the men as Weak Men.
Many Who had Broken Homes had led many others to Broken Homes by their Heretic teachings and Sermons full of Errors.

As a Result of wrong teachings from these Women, many Ladies are approaching the Altar of Marriage with a predetermined mind to call it Quit at the slightest sign of Misunderstanding.
No room for Forgiveness again

LET YOUR EXPERIENCE LEAD TO THE HEALING OF OTHERS AND A LIGHT TO THEIR PATHWAYS, NOT CREATING FRESH WOUNDS WHERE THERE WERE NO PREVIOUS WOUNDS.

SEEDS OF DESTINY DAILY DEVOTIONAL FOR  JUNE 13, 2022 (EXCELLENCE – A KEY TO PROSPERITY)