SET SEXUAL BOUNDARIES FOR YOUR OWN GOOD by Gbile Akanni

SET SEXUAL BOUNDARIES FOR YOUR OWN GOOD 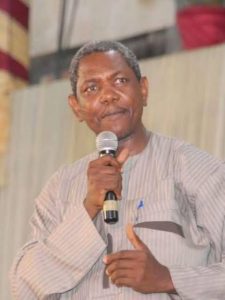 Sexual immorality is on the increase all over the world. Adultery is fast becoming the norm and men of God are also joining the club. Married men and women are not left out, many are having secret lovers and emotional affairs are becoming the order of the day.

The rate at which immorality is increasing is alarming! It is spreading fast into every nook and cranny and children are also being initiated into the club. It’s no news that 8-10 years old kids now have sex with each other. Staying sexually pure these days is becoming a Herculean task.

One of the reasons people fall flat into illicit sex is over confidence. The wrong belief that you can be free around the opposite sex and nothing would happen is a big lie from the pit of hell, meant to deceive people. – A lot will happen!

One of the ways you can stay sexually pure whether married or single these end time is to set strict boundaries. If you are too careless around the opposite sex, you will fall flat on your face! That is the truth. The earlier you believe this and work on it, the better. You can’t be careless around the opposite sex and hope to stay sexually pure, set boundaries!

There are some people who can’t be your friends, it’s okay to raise the standard. Any body can call you names, that’s their headache, you have your destiny to protect.

As a rule, I don’t make friends with liars, gossips and jealous people. They make life so complicated. If you believe in illicit sex, we can’t be friends, period!

Monitor your chats. Don’t allow anybody send you flirty messages, no matter how innocent it sounds, warn them and if they refuse to stop, block them!

Limit the hugs and touches, especially with the opposite sex. If your hugging anointing is only for me, I want none of it.

Don’t allow anybody call you pet names (except your close family members and close same sex friends maybe), a friend recently made me realize that, it doesn’t make any sense. Pet names turn the opposite sex on, if you don’t know that, know it right now.

Know when you are sexually attracted to someone and move back. It’s perfectly normal to have chemistry for someone. Marrying the greatest man on earth or the most beautiful, virtuous woman in the universe will not automatically stop you from being attracted to someone else. Know when the thought of another man/ woman get you excited and move back.

Don’t jump at new relationships. Give it time. Study the person, know what they stand for, see if your core values are compatible, if not, move back!

Leadership attracts all kinds of people. If you are a leader or you are gifted, talented or intelligent, the opposite sex will show more interest in you, be careful whom you allow to get close to you.

Accept gifts with care. Men don’t joke with their time and money. If he spends so much time and money on you especially when you do not ask, he may one day ask for sex. Stop begging wo/men for money. Work with your two hands and raise your standard. Wo/Men will respect and honour you for it.

Work on your marriage. Fix the problem as soon as possible or else you get attracted to someone who gives you what you lack in your marriage, adultery is the result.

Be prayerful, be watchful. Jesus says “watch and pray that ye may not fall into temptation…” Matthew 26:41.

Don’t stay with the opposite sex in a dark or lonely room.

Don’t counsel the opposite sex on a bed in a lonely room.

Avoid provocative dresses and pictures. Let your spouse or parents advise you on what is okay for you.

Mind the pictures you post on the social media, if it is getting unnecessary opposite sex attention, delete it.

Don’t visit the opposite sex alone, especially at night. It doesn’t make sense.

These and more are the things you need to do to stay sexually pure in this year.

People may laugh at you, it doesn’t matter. They may call you a neurotic, psychotic, fanatic, over sensitive or paranoid, don’t let it bother you.

Your destiny is too precious to waste on the altar of sin. Avoid friends who make fun of holiness and make friends with people who appreciate purity and holiness.

Finally, avoid the second look, as far as possible. I agree perfectly with Job on his resolution never to look lustfully at any lady. “I made a covenant with mine eyes; why then should I think upon a maid?” Job 31:1 (KJV), you can avoid the second look.
Set your boundaries and never allow anyone to compromise your holiness.

Tags: SET SEXUAL BOUNDARIES FOR YOUR OWN GOOD by Gbile Akanni
SendShareShareTweet

YOU CAN BE ANOINTED AND BE ROMANTIC! PST SAMUEL OLAGBENJO

CONFESSION OF A GOOD MAN BY APOSTLE MICHAEL OROPKO