RHAPSODY OF REALITIES DAILY DEVOTIONAL FOR JANUARY 22, 2023 (AGONIZING FOR SOULS IN PRAYER)

RHAPSODY OF REALITIES DAILY DEVOTIONAL FOR JANUARY 22, 2023 (AGONIZING FOR SOULS IN PRAYER) 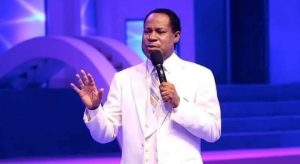 TOPIC: AGONIZING FOR SOULS IN PRAYER

Epaphras, who is one of you, a servant of Christ, saluteth you, always labouring fervently for you in prayers, that ye may stand perfect and complete in all the will of God.

MESSAGE
The Apostle Paul knew how to agonize in prayer for the souls of men. He understood the principles of prevailing prayer—soul travail.

There, he was talking about something that happened in the spirit. It was a spiritual warfare. In Revelation 19:11, the Apostle John tells us, “…in righteousness he doth judge and make war.”

We judge and make war in righteousness. The phrase “make war” is the Greek, “polemeō” and it means to be (engaged) in warfare, to battle or fight.

Instead of “war,” it’s also sometimes translated “battle.” “War” is also translated from “stratomai,” which has to do with war as in soldiers in a warfare.

But then there’s “Agonisomai” (Greek); another word for war which is more about contending for something (Colossians 1:29; 4:12).

This time, it’s more passionate and intense, and it doesn’t necessarily use arms. That’s where the English word “agonize” is derived.

That’s what we’re expected to do in praying for lost souls— we “agonize,” because we have an adversary that’s warring against us.

Ephesians 6:12 says, “For we wrestle not against flesh and blood, but against principalities, against powers, against the rulers of the darkness of this world, against spiritual wickedness in high places.”

The word “wrestle” is the generic term for war, battle, fight, or struggle; letting us know that all of these have to do with our adversary. 2 Corinthians 4:3-4 tells us about this adversary and the extent of his wickedness.

It says, “But if our gospel be hid, it is hid to them that are lost. In whom the god of this world hath blinded the minds of them which believe not, lest the light of the glorious gospel of Christ, who is the image of God, should shine unto them.”

This is why you must pray intensely for sinners to be delivered from the power of Satan into the glorious liberty of the sons of God.

Agonize for them in prayer. This is a priority in warring a good warfare (1 Timothy 2:1-2).

Dear Father, I thank you for pouring out your Spirit upon all humanity, making it possible for all men to receive the glorious Gospel of Christ.

I break the power of the devil over people’s minds whom you’ve destined for salvation today; they’re delivered from darkness to light and into the glorious liberty of the sons of God, in Jesus’ Name. Amen.

Rhapsody of Realities is written by Pastor Chris Oyakhilome. Prepare yourself for more spiritual growth, more clarity and motivation, and a deeper understanding of God’s word as you read this devotional.

Tags: 2023 (AGONIZING FOR SOULS IN PRAYER) FREE ON LAPTOPS AND PHONESTAP TO READ RHAPSODY OF REALITIES DAILY DEVOTIONAL FOR JANUARY 22
SendShareShareTweet

Joseph Prince Devotional May 31, 2021 (Bring Every Thought into Captivity)