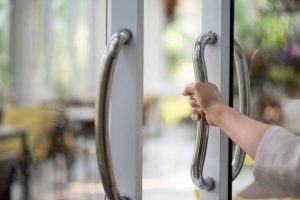 If you stop talking to yourselves because of a quarrel, it would mean that you’ve shut the door on the only means by which reconcilation can come. However long you stay in malice, the day you’ll resolve the issue, it will still be by talking to each other. Why are you now fighting as if you don’t plan to reconcile forever? Why not keep talking to yourselves so that the door of reconciliation can remain open and easily accessible?

You will still ultimately have to talk to yourselves one week after or longer; but unfortunately by then a lot of things may have been spoilt in the relationship. Many records of un-care would have been set indelibly, making permanent negative impressions on each of your minds concerning one another.

There’s the possibility of hurtful words hurled at each other under such atmosphere of malice – words that can’t be taken back, and which can continue to trouble the union even years after.

For those dealing with less disciplined partners, there is the possibility of pushing your partner into the waiting arms of the office girl or the strong man in the office. This is because during periods of protracted disagreements in a marriage, external women and men always look more attractive than they really are.

While your own wife is slugging it out with you at home, showing you no respect, here is this “orekelewa” in the banking hall welcoming you with a full smile and genuflecting at your slightest gesture. It’s so captivating. Your stressed soul longs for a place of rest and respect – it’s your primary need as a man and you’ve been starved of it for a while – so you immediately consider the possibility of finding succour -a hiding place- with this beautiful banker. The fact is extramarital affairs are more appealing during periods of protracted crisis in your own home.

While your husband has been so harsh and uncaring with his words, giving you no listening ears because of an ongoing malice despite the plethora of bottled issues you need to discuss with him, here is this handsome colleague at work giving you all the attention, saying kind words to you, telling you how beautiful you are – something your husband hasn’t said in months – and offering a listening ear to your worries. The fact is you’re more vulnerable at such a moment. Your soul has been starved of love.

This was how many couples, because of one useless scores that they want to settle and the pride of, “I can’t be the one to stoop low to initiate peace,” lost their partners to strange men and women and have not been able to recover them back.

Many couples are like those foolish nations who go to war on a matter they can easily dialogue to resolve. But of course, each of them believes it will win the battle considering his reservoir of weapons and military might. Every entreaty to avoid war usually fails at this stage. But after months of shelling one another, avoidable loss of lives, wanton destruction of multi-billion dollar assets and a waste of their nation’s scarce resources, they then calm down, more open to dialogue.

Many of those wars will usually still get resolved on the table of dialogue. Considering the extent of damage and losses suffered on both sides, was the fight worth it? Couldn’t we have dialogued from the word go? Now that we’re finally back on the table, can we redeem all the lives and properties that have been forever lost?

Be careful of wars in your marriage? No one, no matter how seemingly stronger than the opponent participate in a war without casualties and collateral damage. At the end of the avoidable war, your marriage may never remain the same again.

“Sir, what of a case in which a wife is hurt by the husband and he is obviously aware, and his ONLY way of apologizing most times, is to keep talking to the wife as if nothing is wrong. He expects her to just flow with the conversation and automatically stop hurting. What should be such a wife’s response to what I call “ignoring-the-hurt mechanism?””

While he seeks to talk to her to cover up the hurt, she should respond to him but not to fail to tell him that she’s hurt and the matter still needs to be addressed even though they’re already talking about other things. That’s the way to do it. But at least, as long as they are talking to each other on other matters, the window of reconciliation remains open.

The fact that I’m responding to a conversation with you doesn’t mean that the hurt is gone. Usually, if indeed I’m hurt, we may continue talking but certainly because I’ve not yet healed from the hurt, my excited self will be missing. My wife can always tell if I’m hurt even though we are talking on. Same for me. That moment I won’t be doting on her as my custom is, simply because I’m hurt and not in the mood. But we are talking on and doing other things together nevertheless.

If there’s genuine love and respect for each other, I’ll want to do something to remedy the hurt of my partner the moment it comes to my notice. And if I don’t, especially where it is clear I was wrong – it means I’m a dishonourable man. For her, what can she do but to move on? Time will heal her. The love of God shed abroad in her heart will heal her.

The reality is that you don’t get an apology or redress for every hurt in marriage. There are so many you just have to swallow and move on nevertheless.

Who should be the person initiating peace in a marriage? “I’m the one always initiating peace. My partner never makes a move.” That means you’re more matured than your partner. It means you have more Jesus on the inside of you. Shouldn’t that be a thing of joy? Why should that worry you? Why should you get tired of being like Jesus over and over again?

The ideal situation is however where the two of you are lovers of peace – seemingly competing with yourselves to be the first person to initiate peace. What a Jesus-centric relationship that will be!

You can however encourage your partner to also pursue Christ as you’re pursuing him. You can encourage them to keep their LIKEWISE as you’re keeping yours. Whenever I have a sense that I’m the only one bearing the whole burden for peace on a particular matter and I want her to make my work easier by doing her part, all I need to says is, “I’ll keep my own Likewise; if you like don’t keep yours.” 😂😂 It works like magic. It works because I have a wife who no longer sees it as a thing of pride to act unlike Christ. Get your partner to that level also and you will see how easy it’ll be to get them to act right.

Please do well to help us share this message by clicking the share button below before you leave.

KENNETH COPELAND DAILY DEVOTIONAL FOR JUNE 8, 2022 (ADDICTED TO THE WORD)