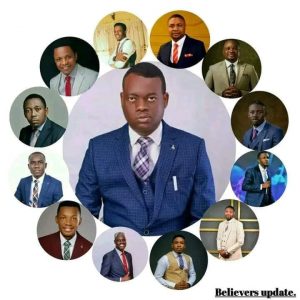 Isaiah 9:6
“6 For unto us a child is born, unto us a son is given: and the government shall be upon his shoulder:

There’s a difference between a child being born and a son being given. His destiny begins to count when he achieves SONSHIP. That’s when the government can be upon his shoulder. That’s when he can be called by his True name. That’s where his Kingdom can increase, that’s when influence can come from him. But, unfortunately, the church of Jesus Christ in this nation has remained infantile. That migration into Sonship, where God will begin to profit from our presence is not the vision of the average person labouring behind the Pulpit. So we have a parade of infantiles and God is not getting profit from our efforts and labours.

This is one of the reasons why God occasions a shift. So that there’s a new breed of functionaries, that will have the kind of vision that Paul had, because his vision was to see everyone mature in Christ so that He could give sons to their generation to administer the will of God.

There’s a progression that You’ll like you to see.
👇👇

When you gave your life to Christ, you became a BELIEVER. That’s a starting point for each and everyone of us. But your potential is not realised as a believer. There’s a meticulous upgrade that needs to be taking place until you arrive at a certain rank. It is when you arrive at that rank that you can dispatch and administer the purposes of God in the Earth. This is why you became a believer initially.

But what we have today is a parade that celebrates infancy and therefore the possibility of arriving at maximum capacity is not in view, it’s not part of the burden of our labours, so we celebrate infancy.

BUT IT’S ONLY WHEN SONS ARE GIVEN, THAT DESTINY FINDS EXPRESSION.

Having said that, I have taken it upon myself, infact, that’s my area of calling: to raise men, to transform weak and feeble minded men into valiants, mighty Sons of the kingdom who will raise the banner of our Lord Jesus High in these last days.

Send Believers Update a Message here on Facebook. We’re Here to help you scale through and make advancement on your path of Spiritual Progress. Kindly share to Bless Someone Today.

THE STORY BEHIND THE GLORY BY EVANGELIST ISAAC O. SUNDAY