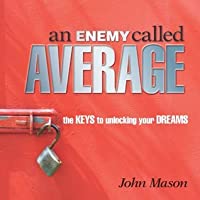 YOUR LEAST FOVOURITE COLOR SHOULD
BE BIEGE

Never try to defend your present position and situation. Choose to
be a person who is on the offensive, not the defensive. People who
live defensively never rise above being average.

Instead take the initiative. Lukewarm, indecisive people are never secure, regardless of their wealth, education or position.

Don’t ever let yo u r request for balance become an excuse for not
taking the unique, radical, invading move that God has directed
you to take.

Many times the attempt to maintain balance in life is really just an excuse for being lukewarm, In Joshua 1:6-7,9, the Lord says three times to Joshua , “ Be strong and courageous, “ I believe that He is saying the same thing to all believers today.

When you choose to be on the offensive, the atmosphere of your
life will begin to change.

So if you don’t like the atmosphere of your life, choose to take the offensive position. Taking the offensive is not just an action outside a person: it is also a decision made within.

When you do choose to be on the offensive, keep all your conflicts
impersonal. Fight the issue, not the person. Speak about what God
in you can do, not what others are incapable of doing.

You will find that when all of your reasons are offensive, you cause almost never succeeds.

Every morning when you feet hit the floor, you should be thinking
of the offensive, taking control of your day and your life.

Don’t become like some people who lose an hour in the morning and spend the rest of the day trying to recover it.

By pulling back and being defensive, you usually enhance the
problem. Intimidation always precedes defeat. If you are not sure
which way to go, pray and then move toward the situation if faith.

Be like the two fishermen who got trapped in a storm in the middle
of a lake. One turned to the other and asked , “ Should we pray or should we row ? ” His wise companion responded , “ Let’s do both!” That’s taking the offensive

NUGGET #2
THE ONLY PLACE TO START IS WHERE
YOU ARE

Hamilton Mabie said , “ The question for each man to settle is not what he would do if he had the means, time, influence,
and education advantages, but what he will do with the things he
has..” God will always give us an ability to create what we need
from something that is already here.

I agree with Teddy Roosevelt when he said , “ Do what you can , with
what you have, where you are.” The only  way to learn anything thoroughly is by starting at the bottom (except when learning how
to swim.) To be successful, do what you can.

Ken Keys Jr. said , “ To be upset over what you don’t have is to waste what you do have” .

The truth is that many are successful because they didn’t have the advantages others had . Successful people accomplish more that others because they go ahead and to it before they are ready.”

Epicurus said , “ Do not spoil what you have by desiring by what you have not; but remember that what you now have was once among the things only hoped for.” Henri Amiel observed , “ Almost everything comes from almost nothing .”

No improvement is as certain as that which proceeds from the
right and timely use of what you already have.

“ Whatever God has already given to you will create anything else.

He has promised to you .” Everyone who has arrived had to begin where they were.

The truth is yo u can’t  know what  you can do until yo u try.

The most important thing about reaching your dream is starting right
where you are.

I LOOK IN HOPE OR FEAR;

BUT GRATEFUL, BUT TAKE THE GOOD I FIND,

THE BEST OF NOW AND HERE ”

DCLM DAILY MANNA DEVOTIONAL FOR OCTOBER 20, 2021 (NO SYNCRETISM IN WORSHIP)